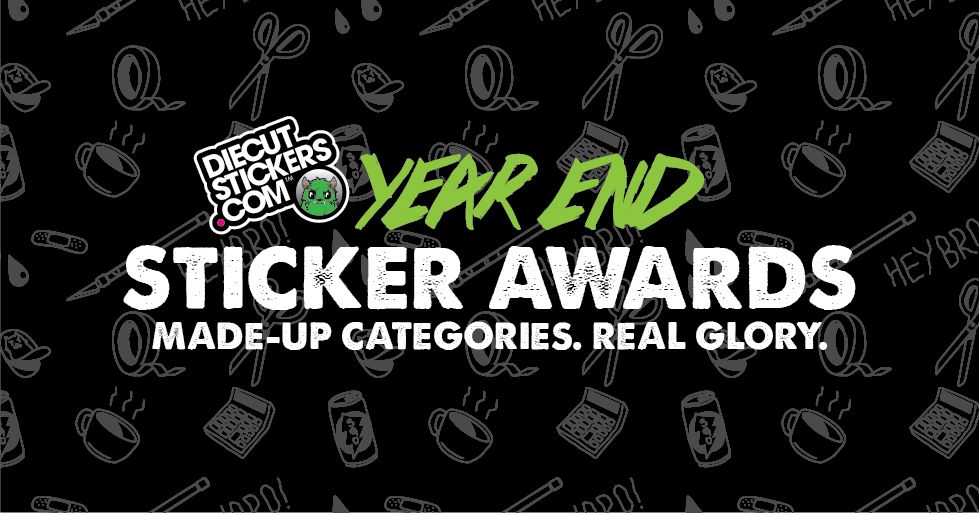 It's the time of the year where we reflect on all the amazing projects printed & cut throughout the year, celebrate our favorites, and skewer lesser stickers... This is the DCS Year-End Awards! 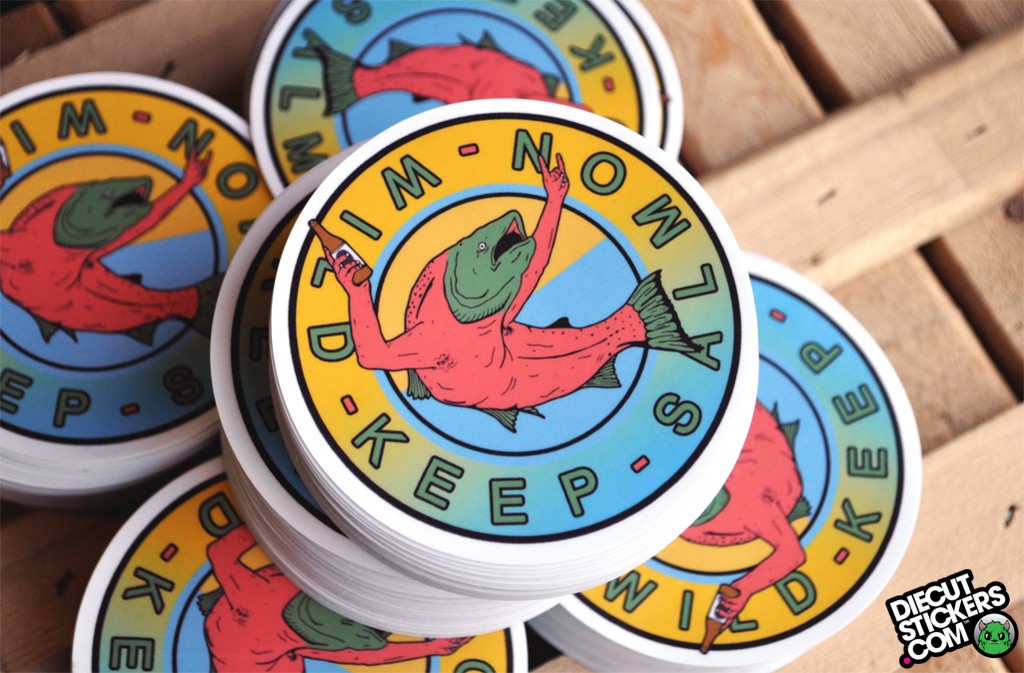 A circle is one the most fundamentally basic and, without exciting design/type/illustration, boring stickers we produce. The Salmon Arms took an empty void and filled it with a charming half-man, half-salmon creature on a bender, muted rainbow colors, and tied it all together with an energetic composition. Tip your cap and pour one out to homies at Salmon Arms for revitalizing a classic. 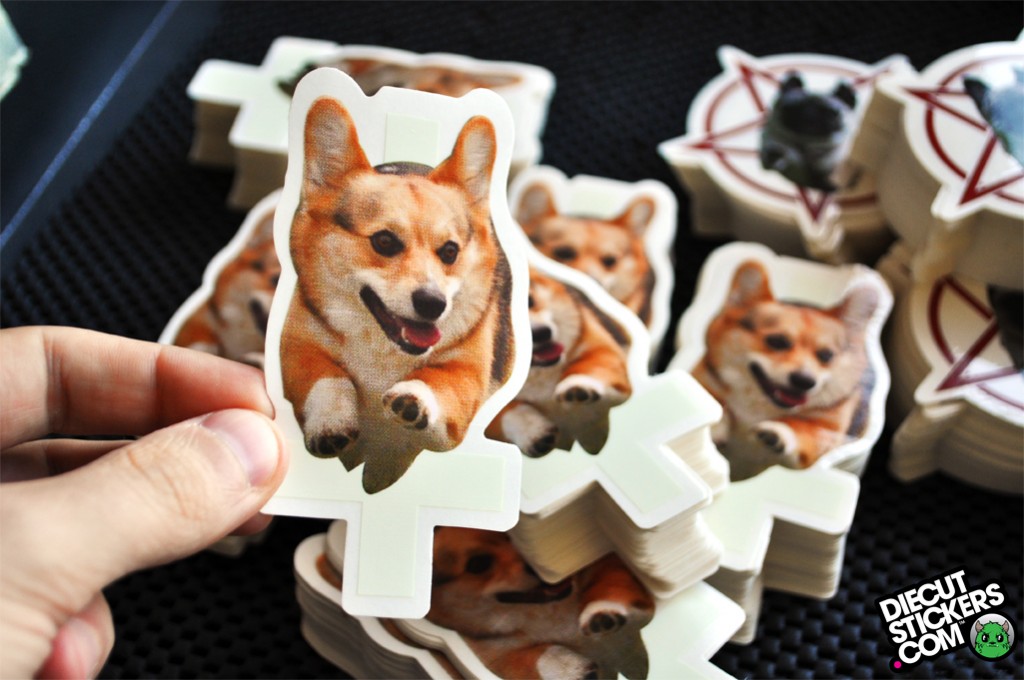 Say hello to the Hellhound, the world's most sacrelicious Corgi. Flying Coffin is no stranger to angering parents and ruffling feathers, which isn't always a bad thing. 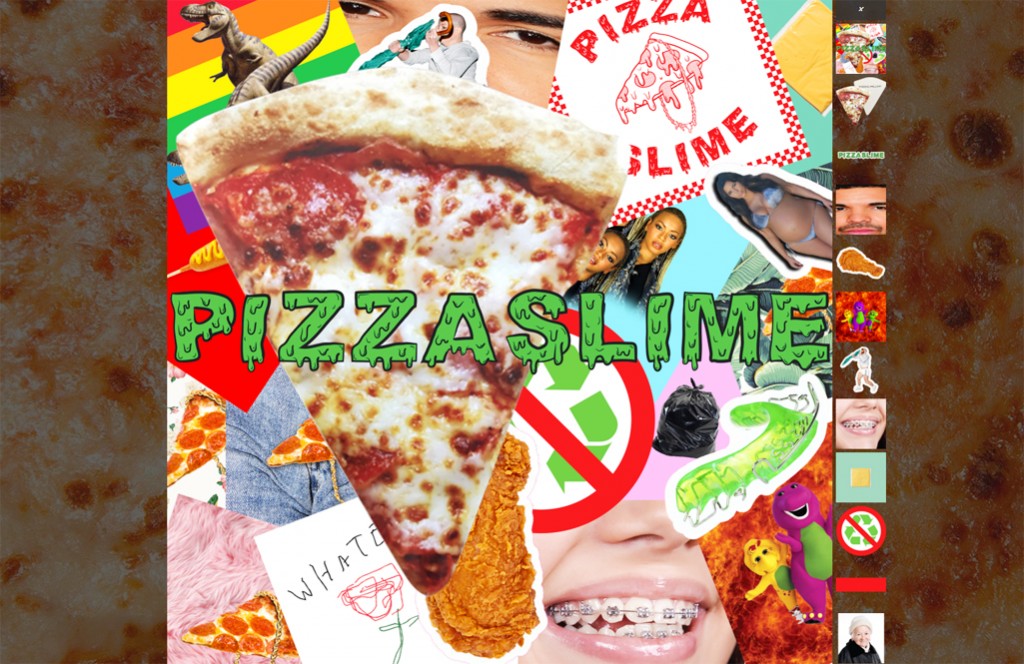 Speaking of Sticker Packs, recently had us run an all-star lineup of weird graphics that would eventually find their way into a pack that features 22 graphics total, along with a massive 10-inch pizza slice. Even though we didn't produce every sticker, the end-result is frickin' legendary. Also: sold-out in less than a week. Your move, 2016.