The Jelly Empire | Power to the Makers | DieCutStickers.com
Skip to main content

The Jelly Empire | Power to the Makers

It's time for another installment of "Power to the Makers" and this time we're tossing the spotlight to illustrator/sculptor/storyteller/worldmaker Selina Briggs.

On the precipice of her latest trip to New York Comic Con, Selina gave us a peek into her growing empire.

DCS: For those who don't know, what is The Jelly Empire and who put you in charge?

SB: The Jelly Empire is my little empire of robots featuring my alter ego, Jelly. He's a little robot that I started illustrating in a traditional 2D art style, but over time he has evolved into 3D collectible figures, plush toys, and comic books.

I've always dreamed of taking over the world with a robot army and what better way to gain power than to draw a little robot to melt all your hearts! 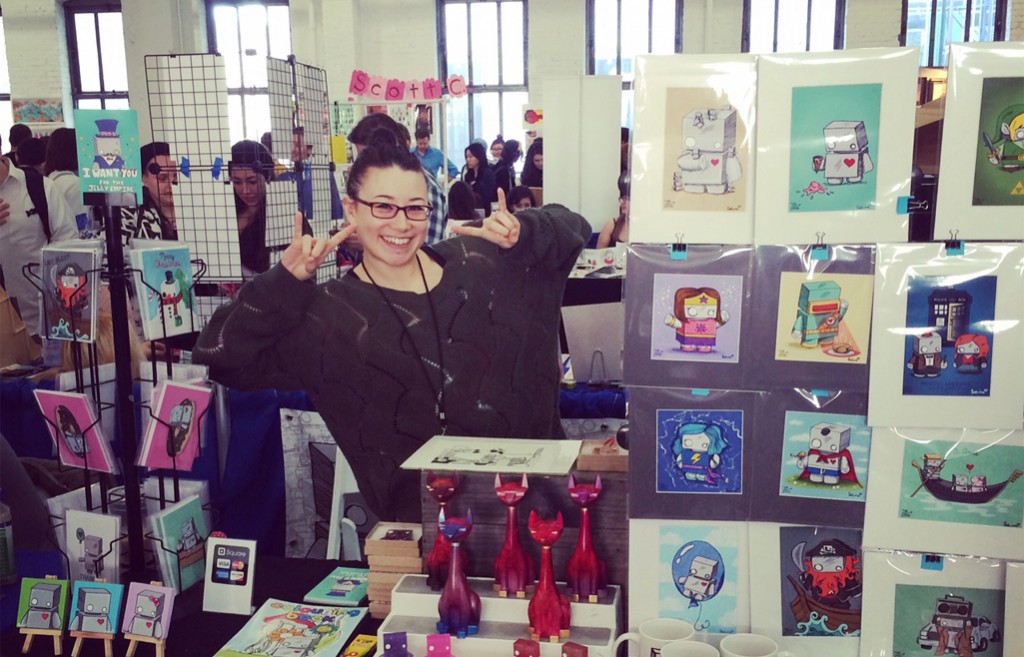 DCS: Are you able to make rad things full time? What's the transition like?

SB: By day I'm a surface pattern designer for a print studio here in NYC and by night I create my ever-growing robot army. I love that I make rad things full time, but I haven't been able to fully shift gears and work completely on The Jelly Empire yet!

DCS: You and Argonaut Resins seem inexplicably linked. Talk about that connection.

SB: I guess you could call Argonaut Resins my Jedi Master (or Sith Lord) and I'm his young Padawan (or apprentice). We met at a convention in 2009 where I was showcasing my Jelly Empire art, and he fell in love with my robot. He asked me if I was interested in making the transition from 2D art to collectible toys. Of course my answer was a big, fat 'YES and where do I sign up?' He's taught me a lot and has given me some really sound advice every step of the way. We love bouncing ideas off of each other and often meet up to start scheming our next world domination plans. 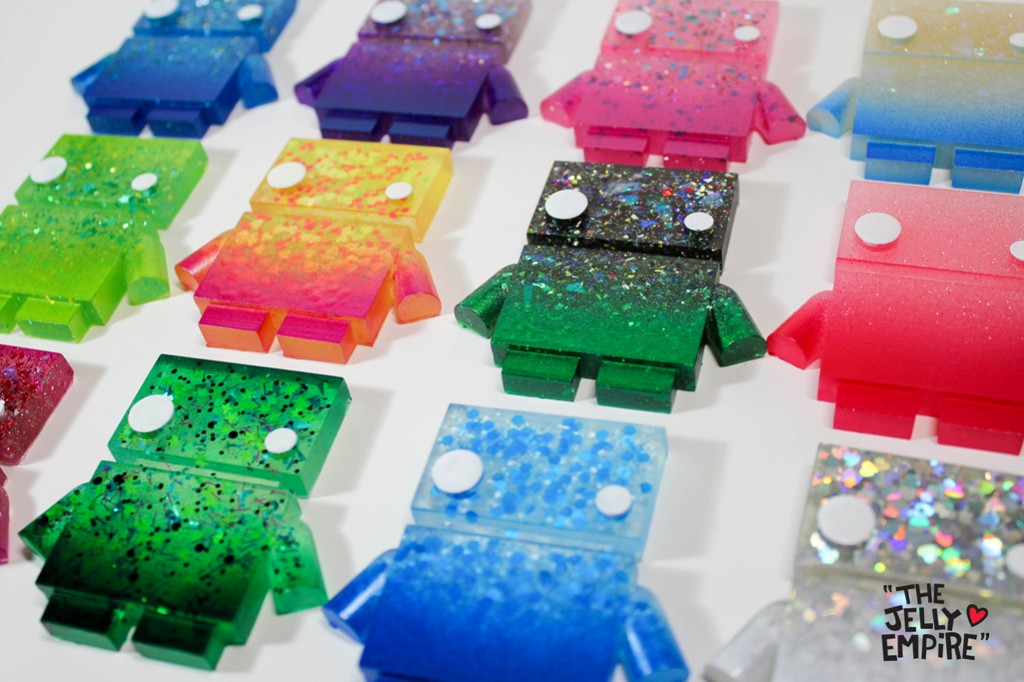 DCS: If you were actually a robot, would you tell anyone?

SB: This question does not compute. Try again later.

DCS: What's next for the Empire. Let's hear some shameless plugs!

SB: Well, 2016 was a big year. I had a successful kickstarter for my , so that has been keeping me very busy. I'm also doing my 6th year at New York Comic Con, on Oct 6 - 9 where I'll have a variety of new items for sale, including my latest comic. And I'm partaking in a few side projects like the Tenacious Toys/Deadhand Toys "Resin is King Series 3" where I will be releasing a brand new figure, a magical Uni-bot! I am also part of a custom Labbit show called "Confection Affection" hosted by P!Q, who will be displaying all the pieces at their Booth #614.

Next year, I'm actually planning on doing my first West Coast show at Emerald City Comic Con in Seattle, so if anyone is in the neighborhood, please come down and hang out!

Otherwise you can always find me on the social medias...or head over to check out my website! TheJellyEmpire.com