It's Butter | Power to the Makers | DieCutStickers.com
Skip to main content

It's Butter | Power to the Makers

DCS: Explain the unbelievable yet true origin story of It's Butter the band.

IB: We met through Musician's Institute College of Contemporary Music in Hollywood, CA in the fall of 2014 where we would jam on weekends until we eventually began to call it "practice" and started gigging all throughout the LA area. Ian, our bassist, is from Hawaii, Diego, our drummer, was born and raised in Colombia, and Britta, guitarist and vocalist, was brought up right in the heart of the valley in Southern California. Even though the three of us are from completely different regions, we love to describe our sound as "fresh off the boulevard of Hollywood."

DCS: Describe your sound in 5 words or less.

DCS: Who's responsible for creating the It's Butter mascot and does it have a name?

IB: Diego's wonderful sister and her friend designed the mascot for a school project originally, but the little dude fit so well with our band that they offered him to us as our logo. We consider "Willy" to be the 2 dimensional child we never asked for. The name came from us just being silly and always shouting "WILLAAAAYY!" at the top of our lungs during rehearsals; when we finally were presented the little picture of melting butter we immediately agreed he even looked like a "Willy." He's basically a giant piece of butter melting on a stick- we were beyond stoked to see Willy on all your social media pages a couple weeks back! 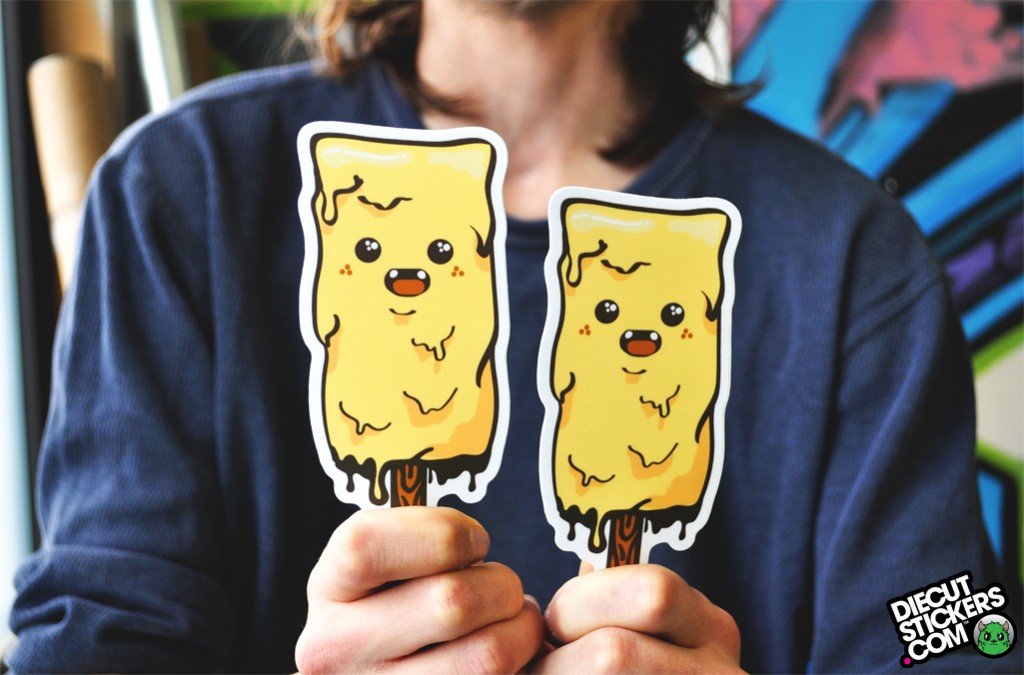 IB: This is our first EP and we're very proud to say we approached this completely DIY style -- with the help of our friends for mixing, mastering, and tracking. This was tracked on the sixth floor of an apartment in Hollywood in the summer of 2015 -- most of our songs off our EP "Forget About It" were written in the first year of us beginning to know each other. Sometimes the base of our songs came from a couple chords and a melody that Britta would come up with, or Ian would create a FIRE bass line that Diego would easily find a dope groove too.

IB: What's next for us? We're taking our band to the next level- ready to make Willy shirts, more stickers (with the help of DieCut), and play more shows. We've got some live videos of some very different cover arrangements coming out, a single for our new song "The Monster" out towards the end of 2016, and we have a mini tour set up in San Diego for June 27 - July 1. Be on the look out for us- we'll be sliding into your music library before you know it.

DCS: Thanks guys! Everyone go smash that play button over at the It's Butter Bandcamp and download.